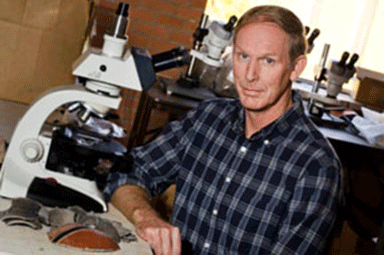 Dr. David Abbott has revolutionized our understanding of Hohokam ceramics and the organization of their production and distribution. By identifying the geological sources of the raw materials used to make the ancient bowls and jars, Abbott can pinpoint where pots were made and thereby trace their movement between producers and consumers. Establishing these patterns of trade among different villages reveals, in part, how the Hohokam people were interconnected across the valley. Abbott's dissertation received the award for the best doctoral dissertation of the year by the Society for American Archaeology. Dr. Abbott is currently an Associate Professor of Anthropology at Arizona State University. 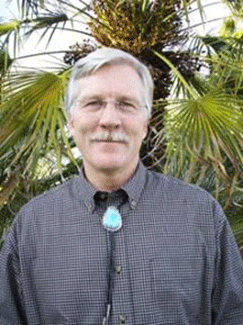 An archaeologist by training, Todd Bostwick crossed disciplinary lines when he was awarded a Ph.D. in history at Arizona State University. Serving as the Phoenix city archaeologist stationed at Pueblo Grande Museum, Bostwick formed the most comprehensive city archaeology program in the country. This program helped to recover information from sites that would have otherwise been destroyed by construction. Having a fascination for rock art, Bostwick was a pioneer in the recording and research into Hohokam rock art, an endeavor that resulted in his book Landscape of the Spirits, a study of rock art in South Mountain Park. He brought the study of rock art into main stream Hohokam archaeology. As an historian he has published books on the life and careers of several prominent archaeologists. A frequent speaker at meetings and events, Todd also focused on educating the public on local archaeology.  Now retired from the city of Phoenix, Dr. Bostwick currently serves as the executive director of the Verde Valley Archaeological Center. 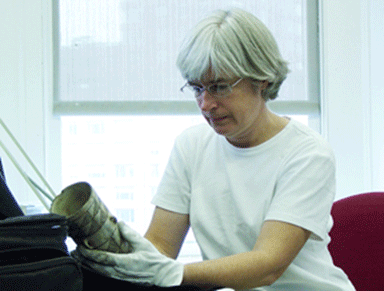 Currently serving as Professor of Anthropology at the University of New Mexico, Patricia Crown began her graduate career at the University of Arizona investigating the Hohokam. Patty played a key role directing extensive excavations along the Salt-Gila Aqueduct, a portion of the Central Arizona Project. Her book Ceramics and Ideology was a unique and fascinating approach to understanding the spread of late Salado Polychromes and provided new insights into the late prehistoric period and the movement and collapse of groups at that time. Most recently, Dr. Crown made the amazing discovery of chocolate residues in cylinder vessels from Chaco Canyon, another area she has studied and published on. Finding evidence of chocolate, a drink of the elites in Mexico and Central America, provides new understanding of the connections between Mesoamerica (Maya, Aztecs and others) and the prehistoric Southwest. 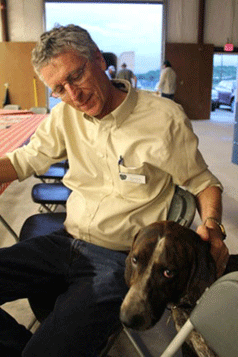 William (Bill) Doelle is perhaps the greatest institution builder of his generation. An astute archaeologist, Bill Doelle completed his Ph.D. at the University of Arizona and began working in the newly formed field of Cultural Resource Management (CRM). Doelle built an outstanding organization, the Center for Desert Archaeology, doing contract archaeology, excavating sites in the path of freeways, housing developments and other government sponsored projects. Through this process he has dramatically advanced our knowledge of Tucson Basin archaeology and Arizona archaeology in general. But he did not stop there. A major proponent of conservation archaeology, Doelle formed a companion non-profit organization to preserve archaeological sites for the future. Working with government and private agencies he has been highly successful in preserving sites throughout the state.

When David Doyel began his work, archaeologists knew little about the Hohokam Classic Period. A student of Emil Haury at the University of Arizona, he conducted excavations in the Escalante community on the Gila River with a focus on the Escalante platform mound. His work laid the ground work for our current understanding of the Hohokam Classic Period. He has published extensively on the Hohokam with particular attention to the great changes that occurred during the Sedentary to Classic period transition. As a program director and archaeologist Dr. Doyel conducted excavations across much of the American Southwest, and as a prolific writer published many reports, papers, and edited volumes. He is a long-time supporter of avocational societies and public archaeology. He spearheaded a major funding program to rejuvenate Pueblo Grande park and is a driving force for the development of a community park for the Gatlin platform mound in Gila Bend as a monument to the Hohokam. Currently he is archaeologist for the Barry M. Goldwater Range in southwest Arizona.

Paul and Suzanne Fish have been leaders in Hohokam research for decades. Working for the Arizona State Museum and the University of Arizona they have published many books, articles and collected works. Their most recent publication, The Hohokam Millennium brought together prominent Hohokam researchers to summarize our current knowledge of this fascinating group. Paul and Suzanne have conducted the only recent work on platform mounds in the Tucson Basin, the Marana mound and the University Indian Ruins, a site owned and preserved by the University of Arizona. Suzanne Fish has been a leader in gender studies focused on the Hohokam, illuminating the roles of women in Hohokam society. Together, they are a tour de force of Hohokam archaeology making outstanding advances in our knowledge of the Hohokam and pushing forward the field of archaeology. Teaching at the University of Arizona, they have also trained a new generation of archaeologists. 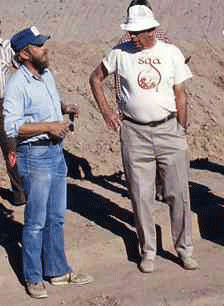 In 1982 archaeologists initiated two large field projects to excavate the sites of Las Colinas and La Ciudad, major Hohokam villages in the path of the new segment of I-10 in the valley. David Gregory led the effort at the site of Las Colinas. With a dynamic personality and quick mind, Gregory ably led a diverse and talented crew through a project that presented many unique and exciting demands. To study the prehistoric irrigation canals at the site he brought in geologists, climatologists and others to create a superb and highly successful multidisciplinary study. His later work focused on the early beginnings of agriculture in Arizona. Hohokam archaeology lost one of its great researchers with David's untimely death in 2010. 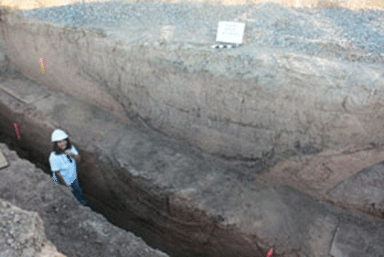 Dr. Kathleen Henderson is one of the foremost field archaeologists in Hohokam studies. Dr. Henderson has directed some of the largest and most complex archaeological projects in the Salt River Valley. Her first project on a massive scale was the excavations at the site of La Ciudad (The City), an archaeological site in the path of I-10 in 1982. The research at La Ciudad focused on understanding the layout of Hohokam villages, how they were structured and what the structure tells us about the daily life of the Hohokam. This research formed the basis of her doctoral dissertation at Arizona State University. In advance of the 101 freeway, Kathy directed yet another major archaeological project, one that focused on prehistoric irrigation systems. This began a research interest in prehistoric irrigation, a field to which she has made substantial and continuing contributions. In a recent project in Phoenix, Dr. Henderson made a significant discovery, finding the buried remains of a Hohokam field system. She now serves as a Senior Research Archaeologist for Desert Archaeology, Inc. 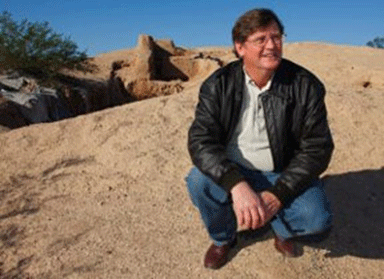 Jerry Howard serves as Curator of Anthropology at the Arizona Museum of Natural History and began directing the Mesa Grande Archaeological Project in the 1980s. Often called "the canal guy," Jerry is known for his extensive studies of the prehistoric Hohokam irrigation systems in the Salt River Valley, a focus of his masters and Ph.D work at Arizona State University. An early proponent of preservation archaeology, Jerry argued to preserve the Mesa Grande platform mound before the Mesa City Council the early 1980s. A supporter of public involvement in the field of archaeology, he was a cofounder of the Southwest Archaeology Team (SWAT), a group that recovered information from sites on land slated for construction prior to their destruction. This group has played a key role in the preservation of the Mesa Grande and the opening of the archaeological park. Dr. Howard has also help raise a new generation of archaeologists as an adjunct faculty member at Mesa Community College and directing the MCC archaeological field school at Mesa Grande. 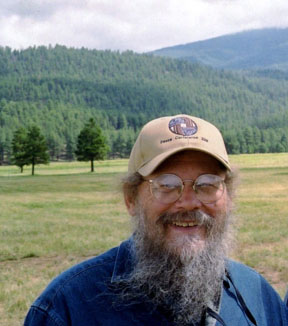 A prolific writer and researcher, David Wilcox began his graduate career in archaeology in New York State but quickly moved to the American Southwest to pursue doctoral studies at the University of Arizona. His dissertation on the great house at Casa Grande Ruins National Monument redefined this iconic Hohokam structure. It also showed Dave's ability to ask probing and important general research questions. A teaching position at Arizona State University led to Dave's directing a very large scale excavation at the site of Los Hornos (The Ovens) in Tempe. A survey of the site of Snaketown soon led to a reinterpretation of that site and the regional system of ballcourts first studied there. Moving to Flagstaff at the Museum of Northern Arizona, where he soon became Curator of Anthropology, Dave began to work increasingly with cultures outside of the Hohokam area and to synthesize our understanding of Southwestern archaeology at ever higher levels of interpretation. Most recently he has been focusing on the archaeology of West-Central Arizona and its relationship to Classic Period Hohokam developments.