The Riverview development, located at the north end of Dobson Road, is not a place where you would expect to find the monuments of the ancient Hohokam. Yet, buried beneath the modern fields, museum archaeologists uncovered an astonishing record of Hohokam irrigation. The Hohokam were the only prehistoric group in North American to construct large irrigation networks to water their crops of corn, squash and beans.

The earliest canal in the Riverview area was an early ditch built before AD 50. But soon this small ditch was replaced by large irrigation canals. Over a period of 1400 years more than 100 canal channels passed through the project area. This network of canals extended south as far as Sun Lakes and the Gila River Community. The Riverview project will allow museum scientists to understand how this large irrigation system grew and evolved through time.

The irrigation canals in the Riverview project were monumental feats of engineering and the organization of labor. The largest canal found in the project area measured 15 feet deep and 45 feet wide. Examination of the canal showed that the Hohokam rebuilt it on at least 13 occasions. Over time, canals eventually "silted-in," filling with soil carried by the water. The Hohokam then cleaned or, in some cases, built a new canal. 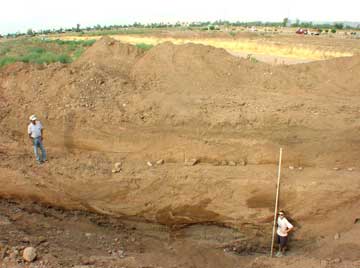 A canal 15 feet deep and 45 feet wide found
during the excavations at Riverview. 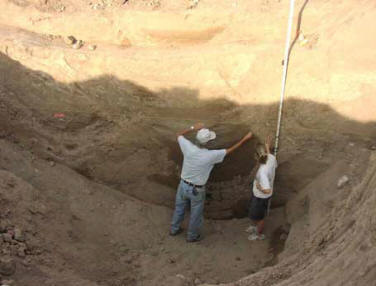 Recording a set of narrow but very deep prehistoric
canals at the Riverview site. 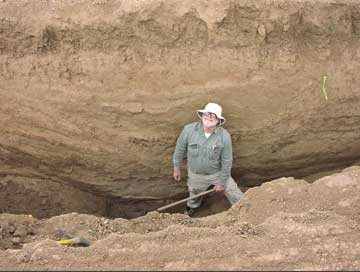