Experience the largest animals that have ever flown!  The Pterosaurs are now at the Arizona Museum of Natural History! 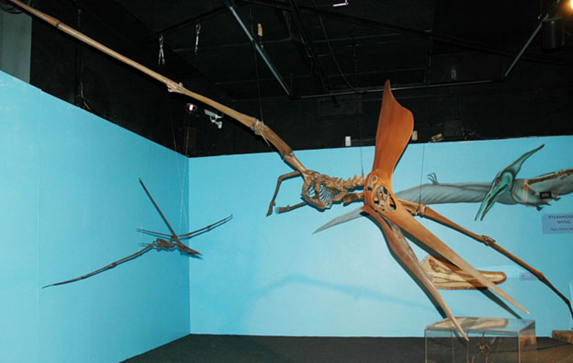 The exhibition presents the amazing diversity of Pterosaurs, the flying reptiles of the Mesozoic.  Neither dinosaurs nor birds, Pterosaurs ruled the skies from about 225 to 65 million years ago.  Pteranodon sternbergi is the large Pterosaur shown here, with a wingspan of 24 feet.  To the left is Nyctosaurus, a fish-eater with an L-shaped crest.  The large crests on these two males are among the best examples of sexual dimorphism among the Pterosaurs.  Among females, crests are absent or much reduced.  Cretaceous Period, 85 million years. 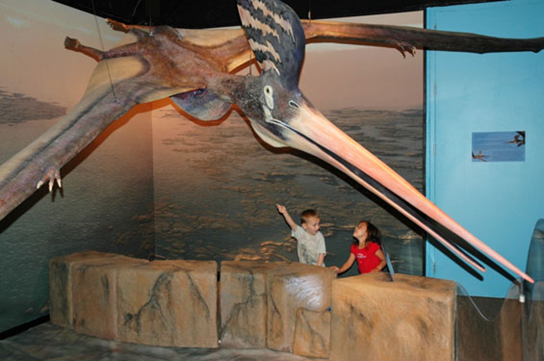 The artist Ed Mack created this full-size model of Pteranodon sternbergi for the Arizona Museum of Natural History.  Cretaceous Period, 85 million years ago. 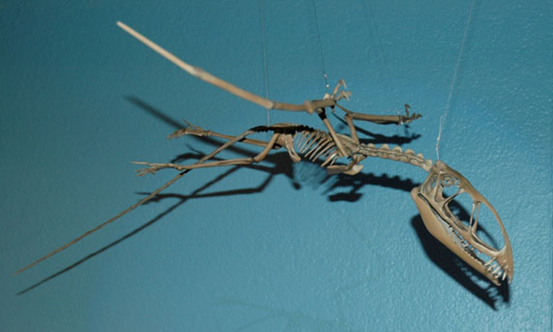 In addition to distinctively shaped, thin, hollow bones, Pterosaurs had membranous wings which were probably flexible and able to change shape during flight.  Dimorphodon macronyx, Jurassic Period, 200 million years ago. 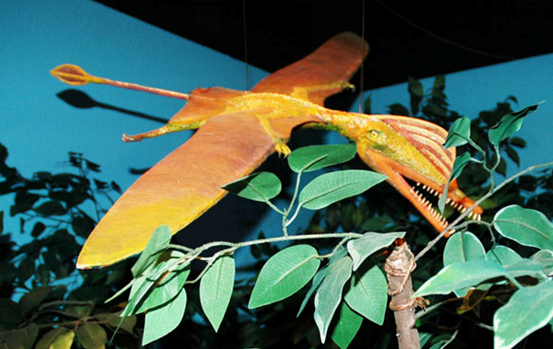 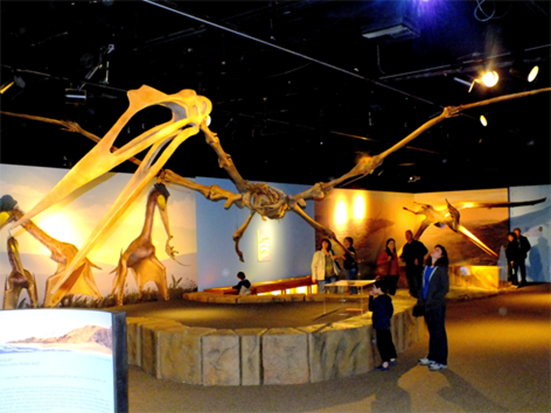 Quetzalcoatlus northropi, with a wingspan of 39 feet, is the largest animal that has ever flown. Quetzalcoatlus illustrates some of the difficulties paleontologists encounter in reconstructing lifestyle based on incomplete fossil bones.  Various studies have explored how, or even if, Quetzalcoatlus could have flown.  Cretaceous Period, 65 million years ago, from Texas. 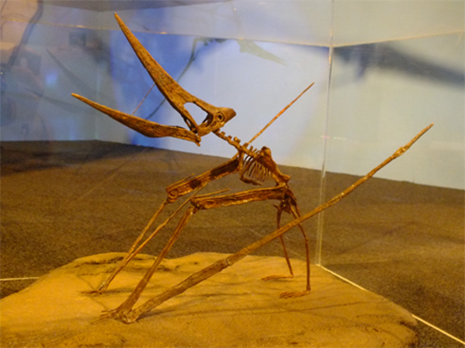 "Ptweety," a juvenile Pteranodon.  Pterosaurs emerged from the egg little versions of their adult forms, unlike birds, which require adult care and further development after hatching before they can fly.  Although a quarter the size of an adult Pteranodon, "Pweety" is twice the size of a hatchling. Cretaceous Period, 85 million years. 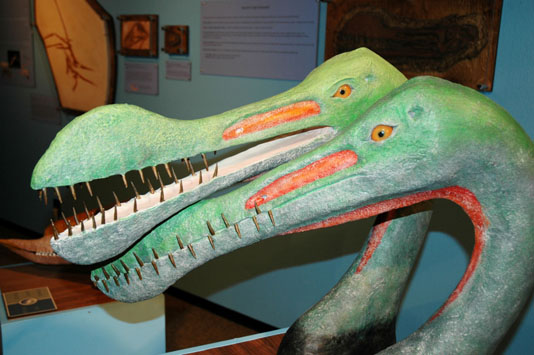 The sharp teeth at the front of the mouth of Ornithocheirus suggest that it captured its food by grabbing its prey, probably fish.  Mike Keller sculpted these models for the Arizona Museum of Natural History.  Cretaceous Period, 110 million years ago. 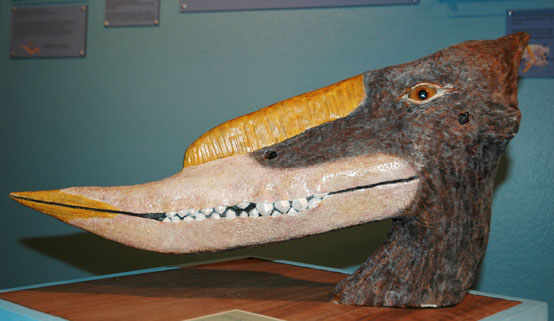 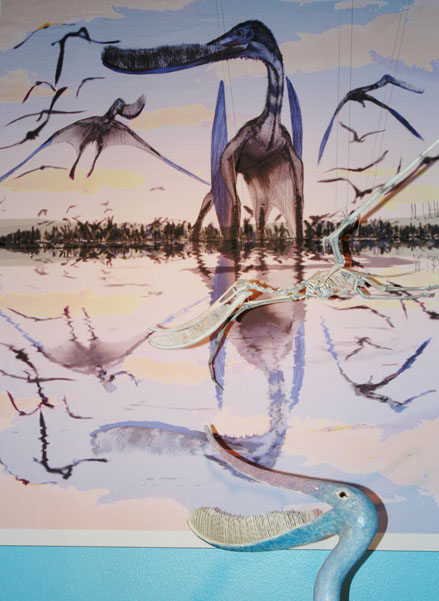 Pterodaustro, a filter-feeder from the Cretaceous of Chile and Argentina, 105 million years ago. Pterodaustro probably used its mouth to capture crustaceans (shrimp-kin) for food.   Illustration by Mark Witton, foreground model by Mike Keller.