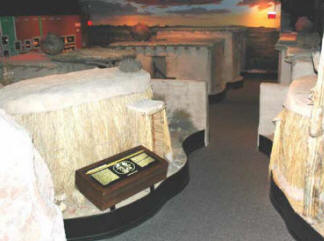 The Southwest Gallery presents information on the ancient cultures of central Arizona from the Paleoindian hunters who arrived around 13,500 years ago to the advanced irrigation systems of the Hohokam farmers that operated until A.D. 1450. The gallery presents displays of prehistoric artifacts and replicas of Hohokam homes excavated by museum archaeologists in the Mesa area. 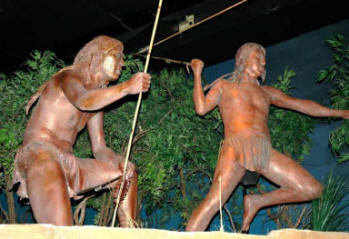 The first native people of the American Southwest are the Paleoindian cultures, the Clovis and Folsom people who hunted the large ice-age mammals such as the mammoth, mastadon and ground sloth. Several famous Paleoindian sites dating from 13,500 to 10,000 years ago have been found along the San Pedro River in southern Arizona. 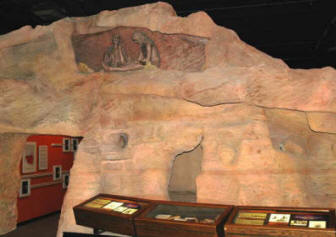 The Archaic or Desert Cultures represent the longest span of human occupation in Arizona, dating from 10,000 years ago to A.D. 1. These peoples had an intimate knowledge of the plants and animals around them and lived a hunting and gathering way of life. Small bands of people moved seasonally across the landscape gathering wild plants and hunting animals. 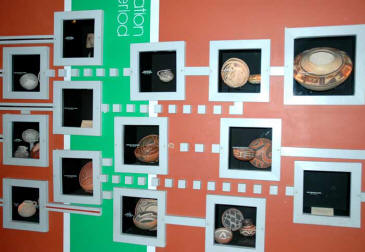 The later prehistoric cultures in the southwest are known for their ceramic art. The ceramic timeline dramatically displays how ceramics changed through time in the Hohokam, Anasazi and Mogollon cultures. 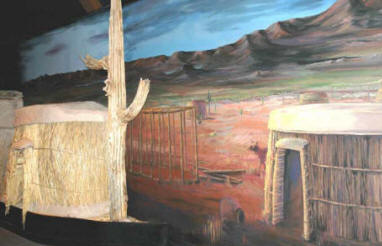 The pithouse was the traditional home for a Hohokam family. These structures were constructed in pits that were dug into the ground. The soil surrounding the house provided insulation from the heat of the summer and the cold of the winter months. A series of individual pithouses were arranged around a rectangular courtyard where daily activities took place. 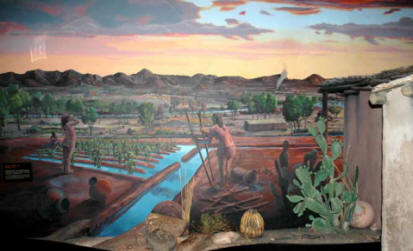 The Hohokam built the largest irrigation systems in the prehistoric New World. Individual canals measured up to 45 feet across and 15 feet deep and used advanced engineering principles. By the end of the Classic Period, circa A.D. 1450, the Hohokam used water from the Salt River to irrigate over 110,000 acres in the phoenix area. 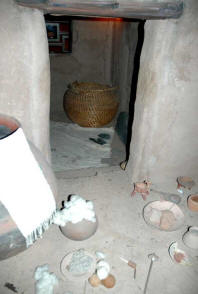 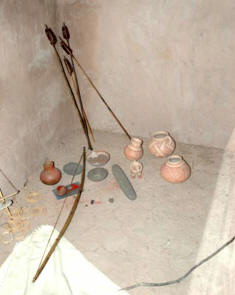 The displays give you the opportunity to walk though replicas of Hohokam dwellings, and glimpse artifacts used in daily activities, such as cotton weaving, jewelry manufacture, pottery making, hunting activities, food preparation and storage. 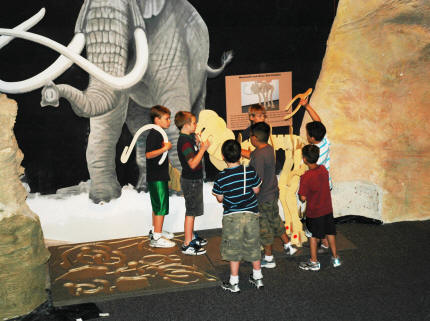 Try your hand at this 3-D mammoth puzzle. 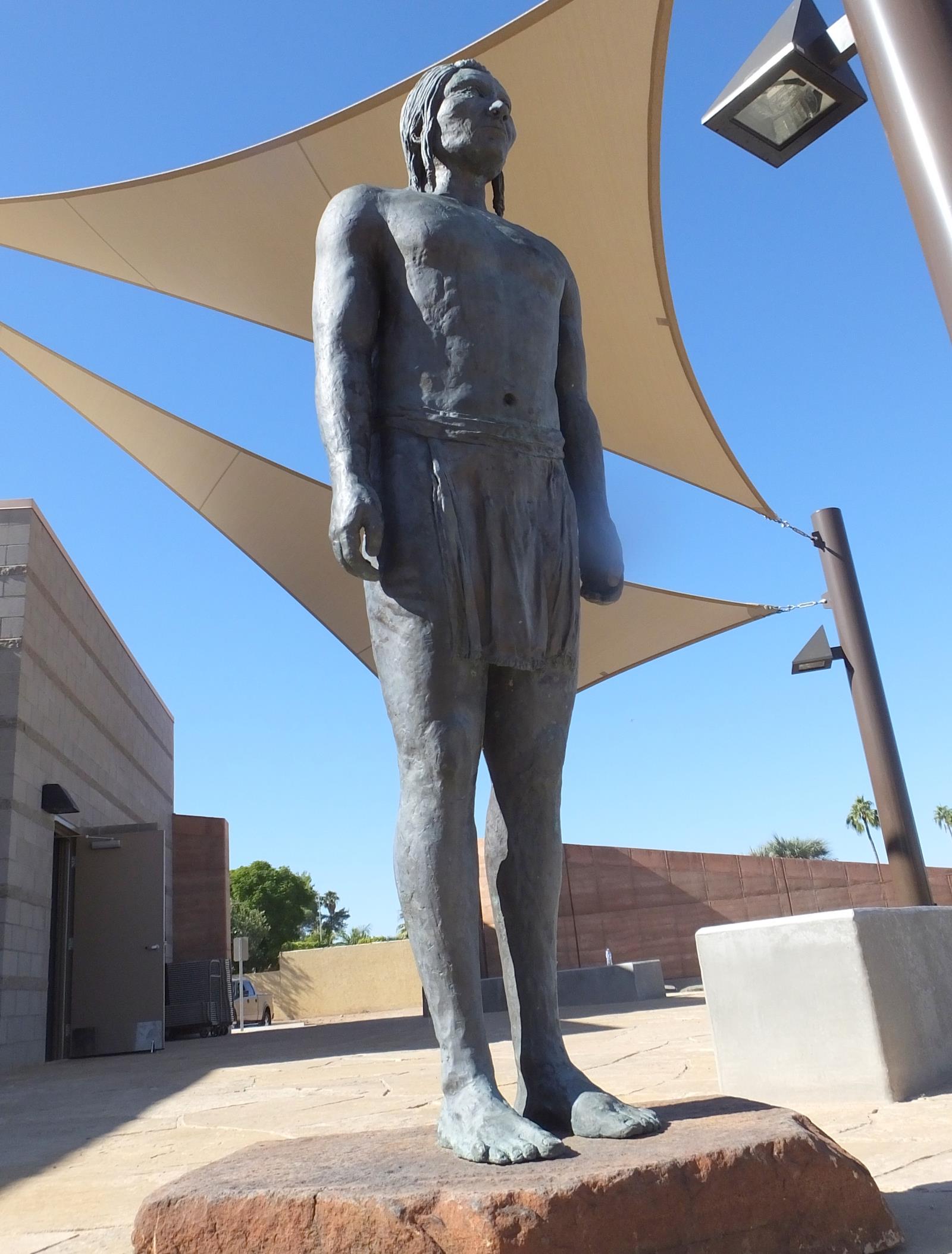 is a beautiful statue that is now located at Mesa Grande Cultural Park.