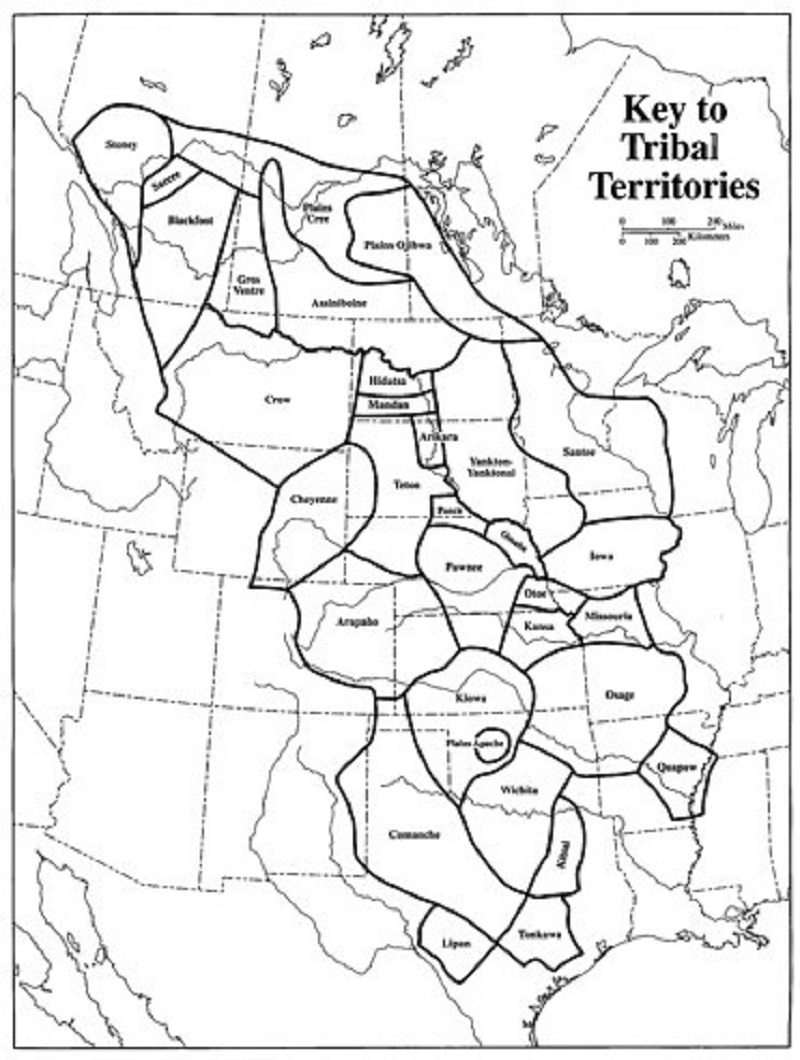 The Plains Culture Area extends from west of the Mississippi River almost to the Rocky Mountains, and from north of the Gulf of Mexico and the Rio Grande River to the lower central Canadian Provinces. Even though local topography can be quite varied, in general the semi-arid climate inhibits tree growth excepting in the valleys, yielding wide grasslands on which bison ranged until the 19th century.

Traditionally, there is more linguistic than cultural diversity on the Plains. The buffalo was a shared cultural feature in the 19th century used for subsistence and integrated into all aspects of life such as clothing, shelter, tools, rope and fuel. The spirit of the animal was an important part of religious life. Other shared aspects included a power ideology, vision quests, medicine bundles and the Sun Dance. In the historical period, the horse permitted mounted hunting and warfare.

As traditional ranges shrank, the US Government placed Native Americans on reservations, created Indian schools, and often sought to reduce traditional customs and ways of life. Native Americans of the plains responded with many creative, resilient survival strategies. Natives living in urban areas as well as reservations engage in modern economic practices. Many celebrate traditional ways of life at powwows and other events and continue robust artistic traditions. 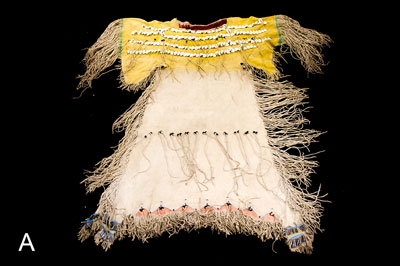 The Plains region has always relied heavily on leather goods for subsistence and trade. In prehistoric times tribes would trade with other tribes in order to acquire shells from the Gulf of Mexico. It is unclear how or when glass beads were first brought to the New World but with the subsequent dispersal and acquisition of beads the Plains tribes began to use them for decoration.

Modern Plains peoples incorporate their traditional beads with the traded glass and metal beads. They continue to make items, such as those shown above, that have been part of their tradition for thousands of years but blend the past and present.

How might this growing tradition of trade affect future materials? 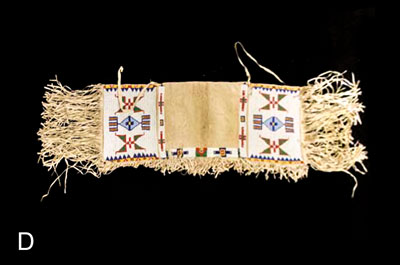 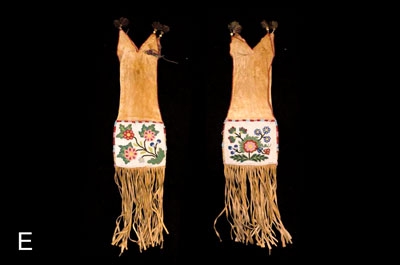 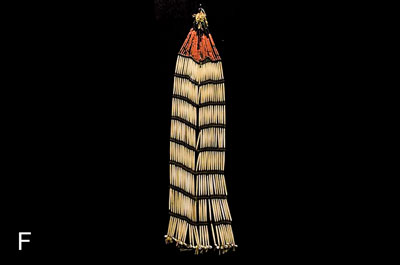