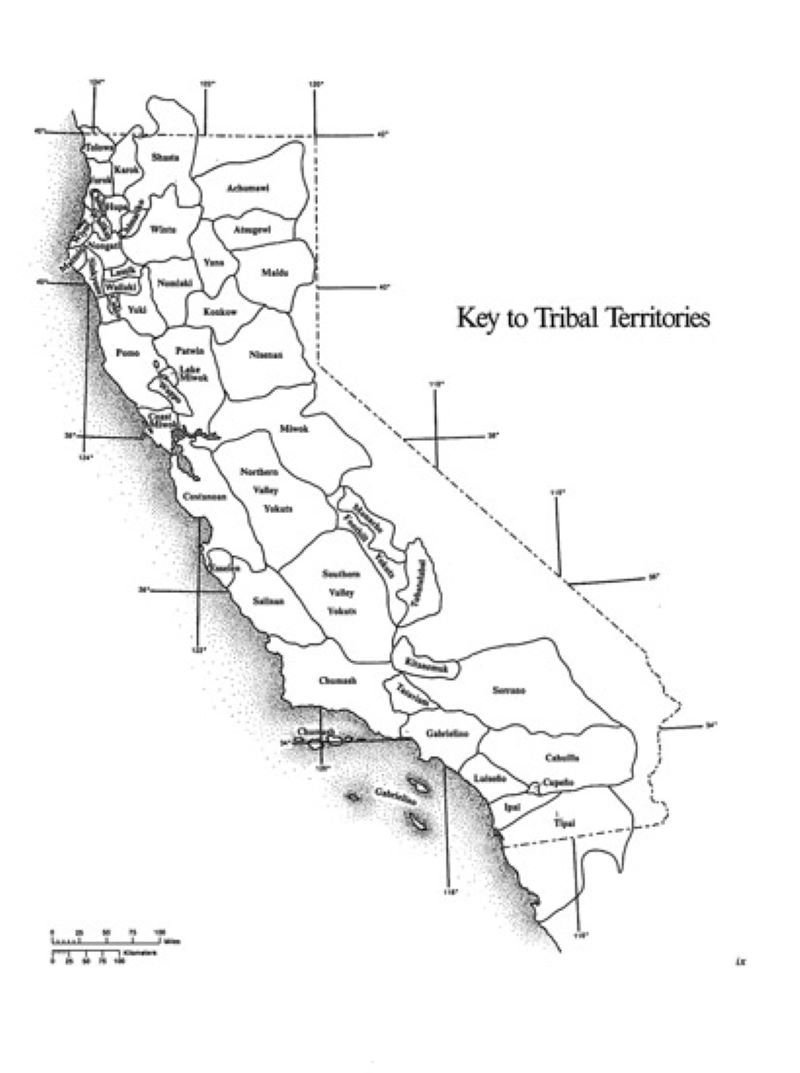 The California Culture Area is the most diverse in culture and environment of the cultural areas of western North America. Groups in the northwest grade into those of the Northwest Coast and those in the southeast share traits with cultures of the Great Basin.

The landscape varies from mountainous to desert and coastal plains. Except in the deserts and high mountains, the climate is temperate. Traditional food resources include acorns from at least 10 species of oak, fish and other sea foods and large mammals.

The first people to enter what is now California were Paleo-Indians who arrived by about 12,000 to 11,000 years ago, following a strategy of hunting big game, such as bison, mammoth, camelid, horse and ground sloth. Their stone tool technologies included the Clovis/Folsom fluted point traditions. The following Archaic Period (11,000 to 4,000 years ago) featured much more widespread exploitation of environmental resources.

Basketry is the most developed of the textile arts of Native California, in part because of the absence of pottery. The moist sites generally precluded preservation of perishable materials such as baskets. Indirect evidence suggests weaving baskets occurred as early as 5,000 years ago and may even have come into North America with the Paleo-Indians. Basketry would certainly have facilitated Archaic ways of life beginning about 9,000 BCE.

Native peoples in California used baskets for carrying, as trays and seed beaters and sieves, for winnowing and leaching, for food production and serving, for storing foodstuffs and personal items, as parts of cradles, as fish and bird traps, hats, and presentation pieces.

Although there were many Native California cultures, most had relatively small numbers of members. Catastrophic language loss is one of the great tragedies of Native engagement with European cultures. As elsewhere, the Native peoples of California carry on traditions within the context of the modern world. 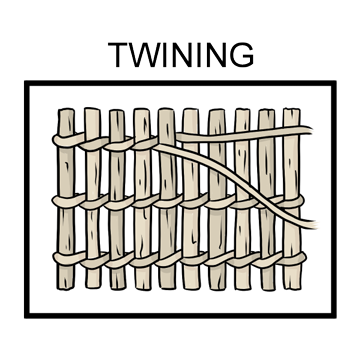 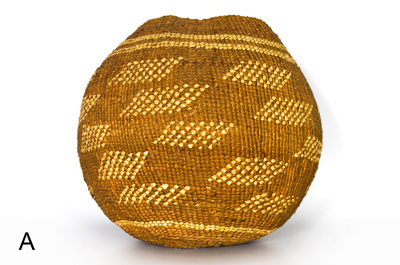 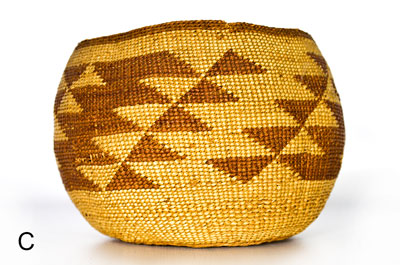 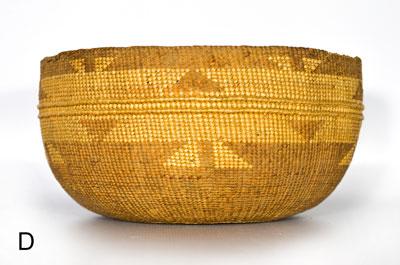 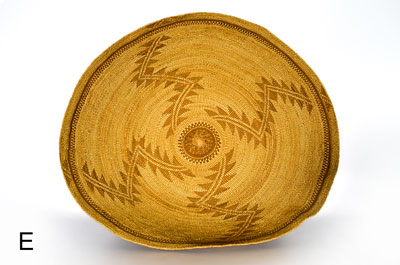 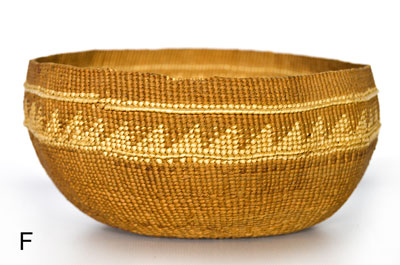 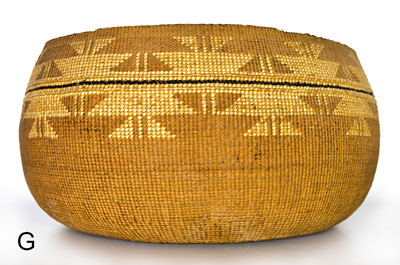 With the long history of baskets, it makes sense that baskets have also played numerous roles in various cultures. For the Hupa, Yurok, and Karuk cultures of Northwestern California, this is still very true. They have about seventeen different types of baskets in their communities. At first that amount seems large, but the number of containers and tools found in a modern western household far outnumbers that.

These uses range from trinket containers, specifically tobacco containers, caps, flour trays, to cooking baskets and soup bowls. Unlike some cultures, for example Apache use pitch to cover their water baskets and make them “waterproof,” these California cultures selected material that is absorbent and acts like a sponge making the basket “watertight.” Once the basket is resistant to leakage, it is usable as a cooking vessel by heating up rocks and tossing them into the liquid. That cooking technique has been used throughout history in almost all cultures, until they invented a material that could be placed directly over the heat source (such as ceramics or metal). As is evident by these baskets, stone boiling is a viable technique and is still used today.

With metal pots and pans easily accessible, do you think baskets are still used as cooking vessels?