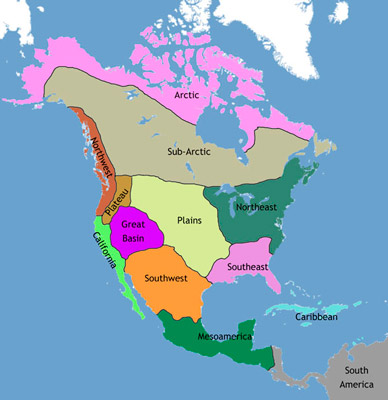 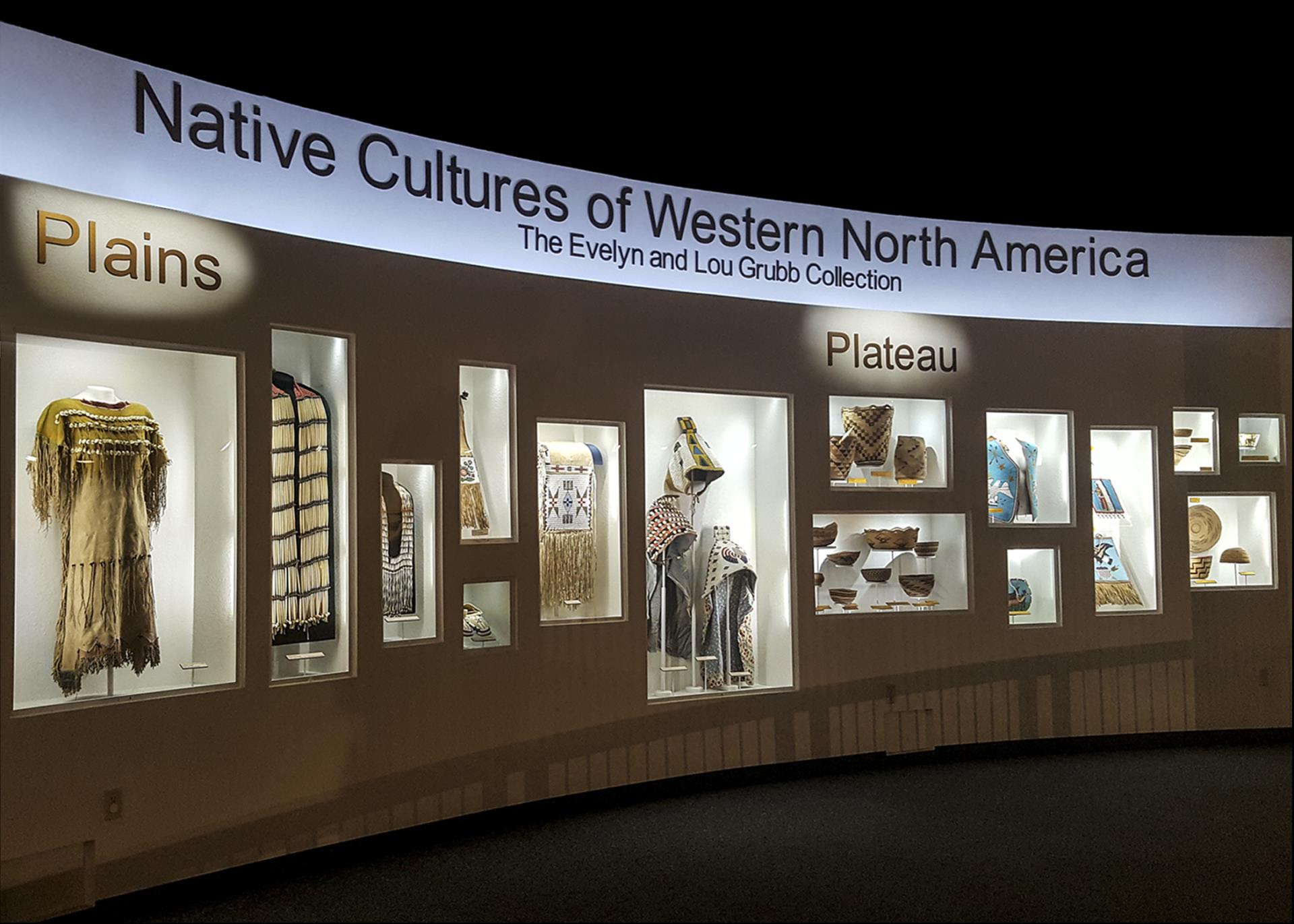 Native Cultures of Western North America explores the lifeways of dozens of Native American peoples from the Mississippi River to the Pacific Ocean, from Alaska to Mexico. Their stories are told through objects of material culture and works of art. From the Plains, the exhibition features Cheyenne baby carriers, Sioux beaded leatherwork and bone and shell necklaces. From the Plateau are beautiful beaded bags and a vest. From the Arctic and Subarctic are baskets and carved ivory from Eskimo and northern Athabascan peoples. Historic photographs show cultural contexts and uses in all areas.

From the Southwest are a great variety of objects from the Navajo, Apache, Hopi, O’odham, and Hualapai peoples. Textiles, baskets, ceramics, katsinas, beaded leatherwork and more demonstrate the cultural richness of Southwestern traditional Native cultures. From the Great Basin are baskets from Paiute, Shoshone and Washoe peoples.

Explore the Pacific Coast through the cultures of the Northwest Coast and California. The Northwest Coast is the land of major carving traditions such as masks and totem poles, and communal houses.  Hupa/Yarok/Karuk peoples made a variety of baskets for cooking as well as basketry hats. California peoples used baskets in great variety for collecting, winnowing, cooking, storage, carrying and even wearing. 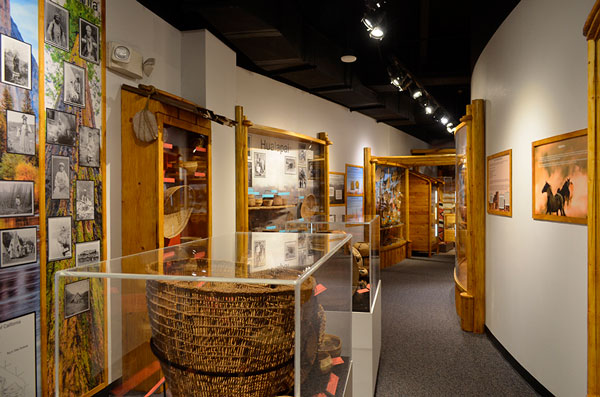 Since contact with Europeans, the Spanish from the south and Americans from the east, native peoples have suffered decimation from diseases, stolen territory, language loss, military action, forced marches, restriction to reservations, suppression of traditional cultures and languages, forced education at Indian schools, diminution of natural resources, and other deadly, humiliating and soul-crushing experiences.

Native American responses include amazing resilience, adaptation to changed circumstances, cultural and linguistic resurgence, maintenance of artistic traditions and creation of new forms of artistic expression, urban as well as reservation lifestyles, powerful expressions of tribal sovereignty, protection of and respect for sacred landscapes, practice of traditional religions and ceremonies, integration into modern economic and political systems, and more. 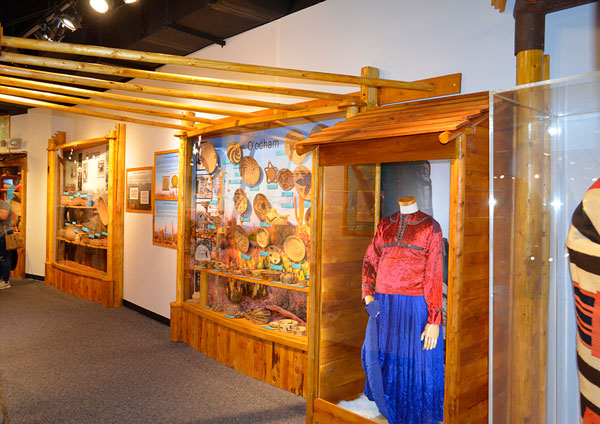 The Evelyn and Lou Grubb Collection

Well-known and respected Arizona businessman Lou Grubb and his wife Evelyn assembled over the course of their lifetimes a marvelous collection of Native American art and material culture. This incredible collection numbered well over 500 objects, including baskets, beaded leatherwork, prehistoric and historic ceramics, leather and cloth garments, Navajo and other textiles, shell and bone necklaces, paintings and other objects. This extraordinary assemblage includes artworks from all the culture areas of western North America: Southwest, Plains, Great Basin, Plateau, California, Northwest Coast, Subarctic and Arctic.

Lou Grubb believed that “art is a common denominator for all people, and that appreciation for art can develop an appreciation for its people. Art can be the start of a common meeting place and a place of common understanding. Art is a very personal contact between people.” After Evie and Lou passed away, the Grubb family donated their Native American collection to the Arizona Museum of Natural History.

This generous donation allows the Arizona Museum of Natural History to present the traditional Native peoples and cultures of western North America to the people of Arizona and beyond.  Nearly all the objects in the exhibition are from the Evelyn and Lou Grubb collection; a few objects have been added from AzMNH collections. We are extremely grateful to the Grubb family for the donation of the collection that allows us to make this presentation. 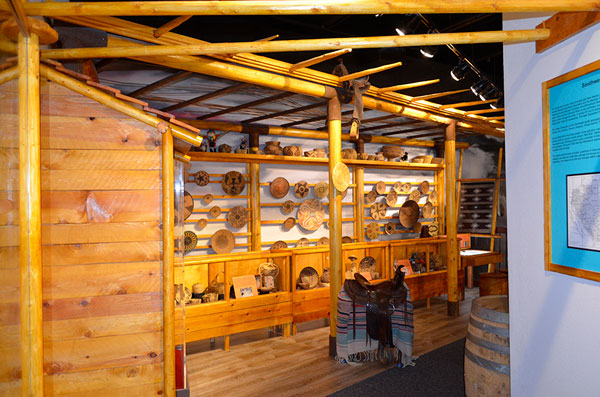