Sediments from the late Cretaceous Period have been found in scattered localities across southeastern Arizona, and deposits of similar age occur in Utah, New Mexico, and Sonora, Mexico. These areas yield information about the plants and animals of Arizona at this time. 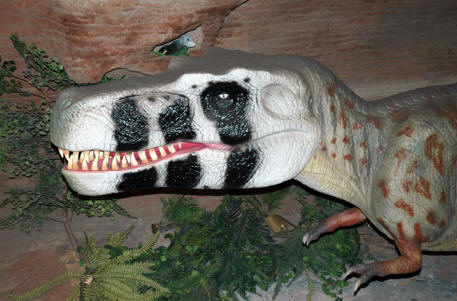 The carnivorous Albertosaurus is one of a number of close relatives of the famous Tyrannosaurus rex. These tyrannosaurs were a bit smaller, and lived a bit earlier, than their famous relative. Albertosaurus, or a close relative, is known to occur in the Cretaceous of Arizona. 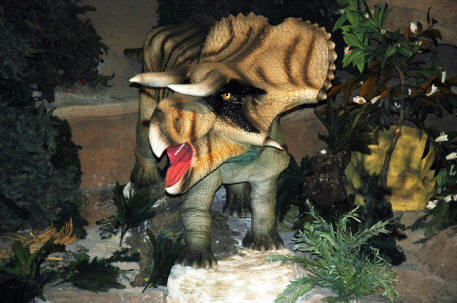 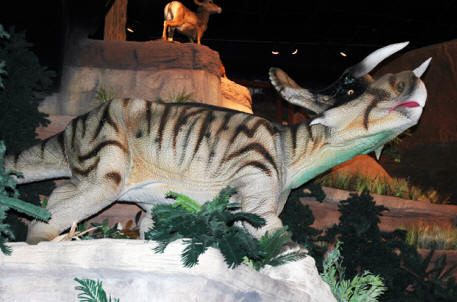 One of the plant eating Ceratopsians, the frilled, and in advanced forms, horned dinosaurs. Ceratopsians originated in Asia, and immigrated to western North America in the Cretaceous. This recently discovered species of horned dinosaur was somewhat smaller than its contemporaries and has unique "bull like" horns. Its remains have so far been recovered in southern Utah and probably southern Arizona. 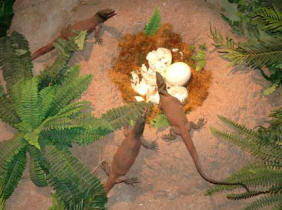 This large lizard is a relative of today's monitor lizards and Australian goannas. Like the monitors, Paleosaniwa was likely an opportunistic predator who would welcome the chance to raid nests of many creatures in the hope of getting an easy meal. 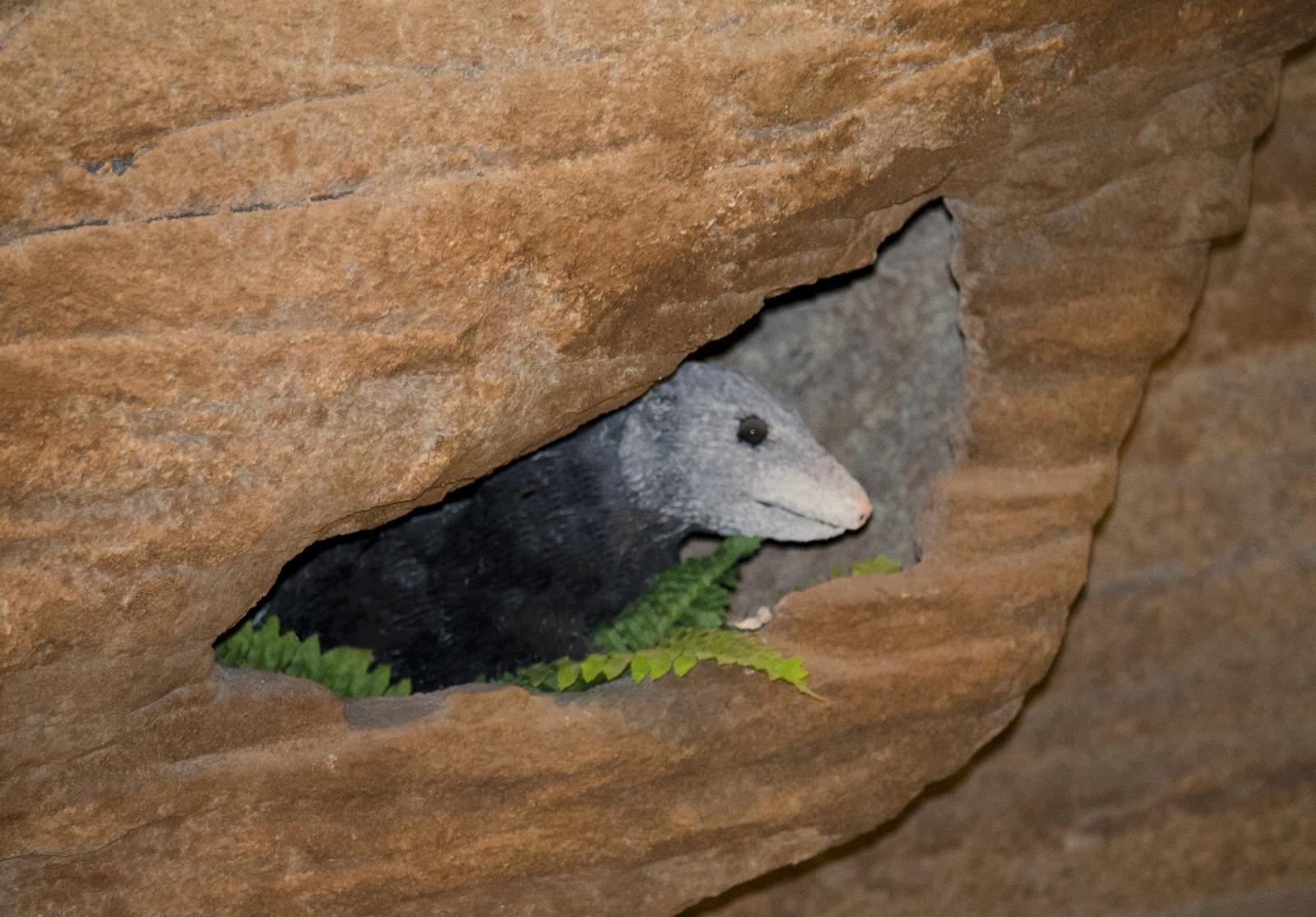 The first mammals in North America are found in the early Jurassic Kayenta Formation of Arizona. By the late Cretaceous, mammals with more modern characteristics appeared, including Alphadon, a common opossum-like marsupial. Alphadon likely had an appearance and habits like the modern opossum. This little Alphadon bides his time in a recess near the great Albertosaurus. 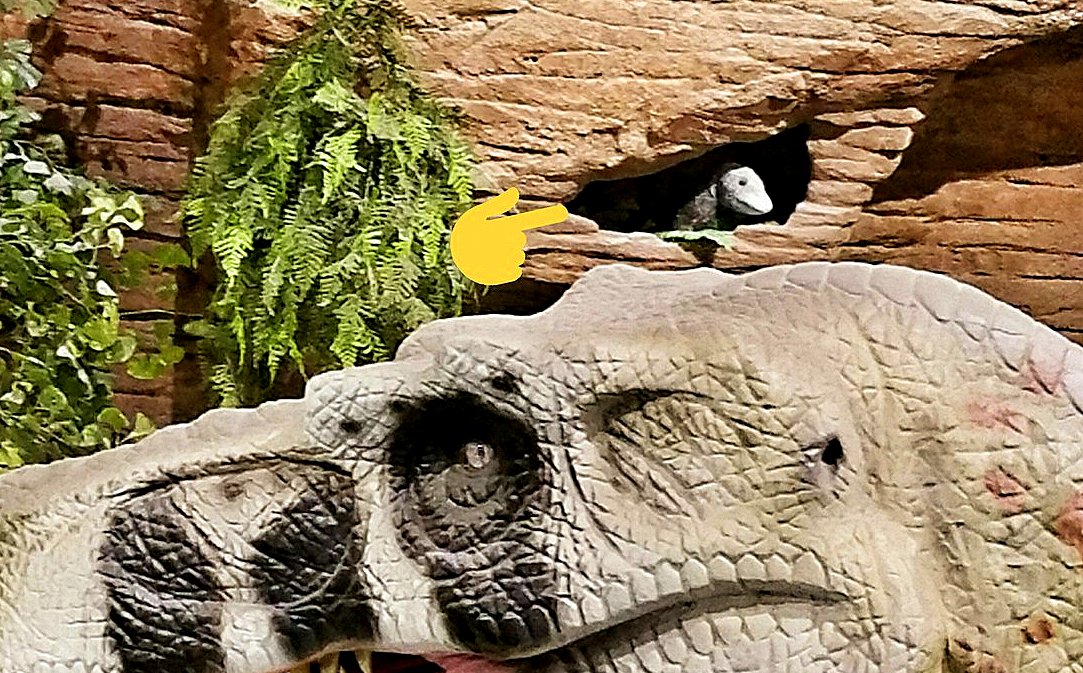 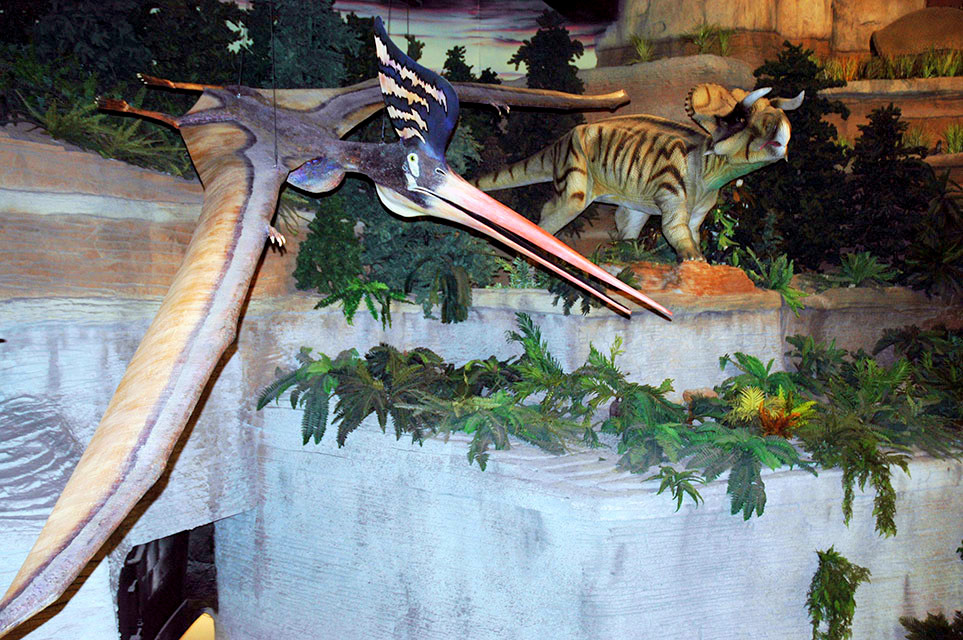 ( Sculpture created by Ed Mack for the AzMNH)

Pteranodon sternbergi is the large Pterosaur shown here, with a wingspan of 24 feet.  To the left is Nyctosaurus, a fish-eater with an L-shaped crest.  The large crests on these two males are among the best examples of sexual dimorphism among the Pterosaurs.  Among females, crests are absent or much reduced. Cretaceous Period, 85 million years.