The Cenozoic Era, which began after the end of the Mesozoic, the Age of Dinosaurs, about 65 million years ago, is well represented in Arizona by many rich and important fossil sites from a variety of periods.

This armadillo-like creature is Glyptotherium. Its first appearance in North America was in Arizona and Texas during the Pliocene Period, about 2-3 million years ago. A distant relative of the sloth and armadillo, Glyptotherium migrated to the southwest from South America shortly after the Panamanian land bridge first appeared. Glyptotherium were strictly herbivorous (plant eating) and lived in warm climates with no excessive temperature extremes, and where there was extensive lowland terrain, lush tropical or subtropical vegetation and proximity to standing water. 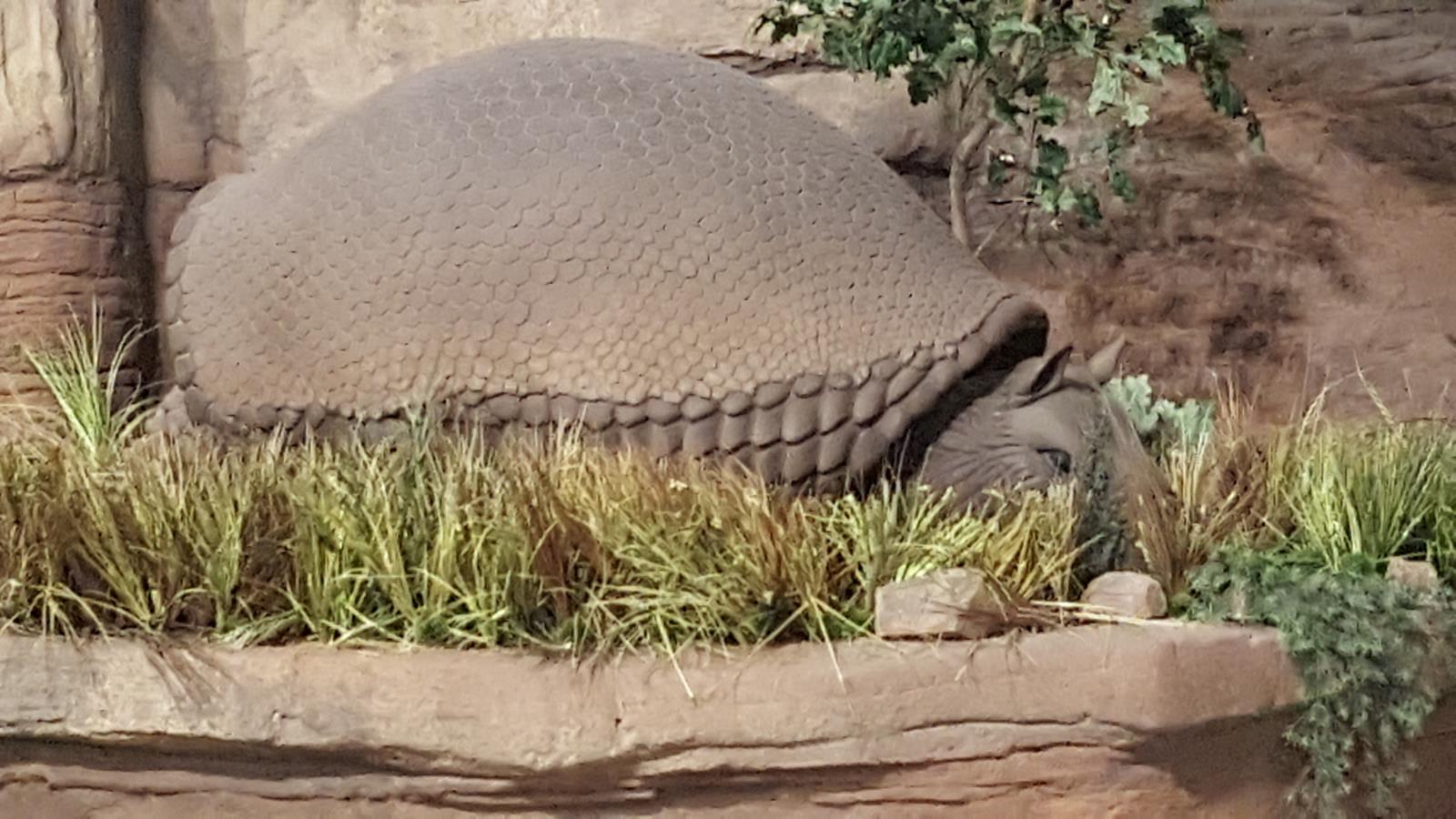 (Glyptotherium as displayed on Dinosaur Mountain)