Theropod dinosaurs were meat-eaters (except for a very few that returned to eating plants) who walked on their two hind legs. Theropods ranged in size from relatively small, such as the Coelurosaur seen here, to the great Tyrannosaurs. Many theropods had feathers, and birds are their descendants. 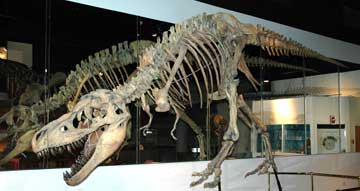 T. bataar was a ferocious meat-eating dinosaur that lived during the Cretaceous Period, 80 million years ago. This fossil cast is of a juvenile individual, which at maturity might have attained a length of 45 feet. Although this specimen roamed Mongolia, it is a close relative of the Tyrannosaurus rex that inhabited the Southwestern United States.

The "Tyrant Lizard King" is arguably the most famous dinosaur and among the largest meat-eating dinosaurs. Although well known and widespread, it is comparatively rare. T. rex fossils are known from Texas to Montana. 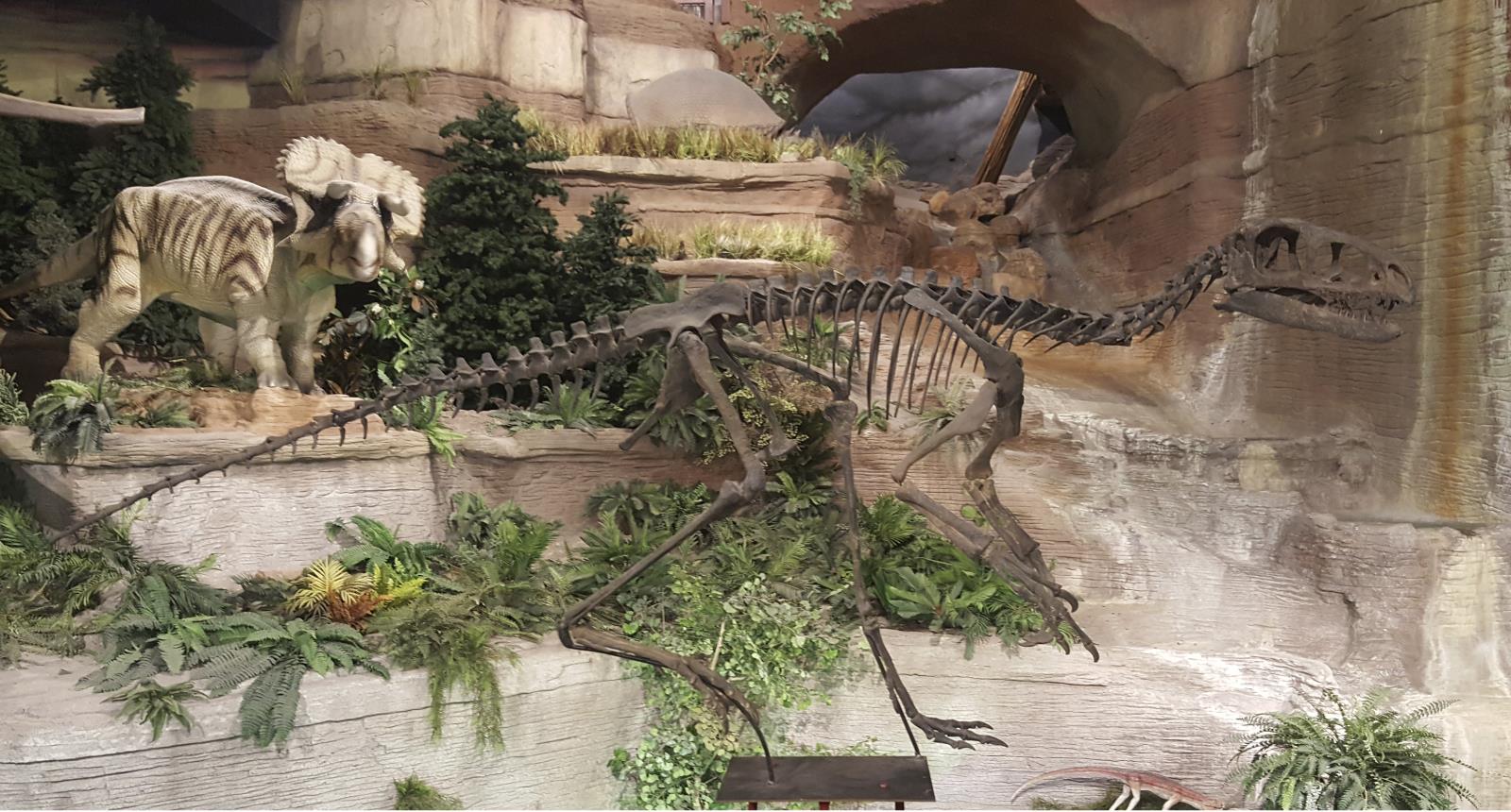 The name Coelurosaur refers to the large group of carnivorous (meat-eating) dinosaurs that includesAllosaurus, Tryannosaurus and Velociraptor. The most advanced members of this group are related to birds and may have had feathers. This dinosaur is a new species not yet named. Its nickname is "Little Tooth." The "raptors," small bipedal meat-eaters with a "killer claw," may have been the wolves of the Cretaceous, hunting big game in packs. This small dinosaur was more like a coyote, a fast moving predator hunting small prey.