Welcome to the Arizona Museum of Natural History! As you enter the museum through the Cenozoic Lobby, animals dating from the Pliocene-Pleistocene Epochs, approximately 3 million years to 10,000 years ago, greet you. These include mammoth, mastodon, American lion, one-toed horse, the armadillo-like Glyptotherium, and four species of fossil turtles. 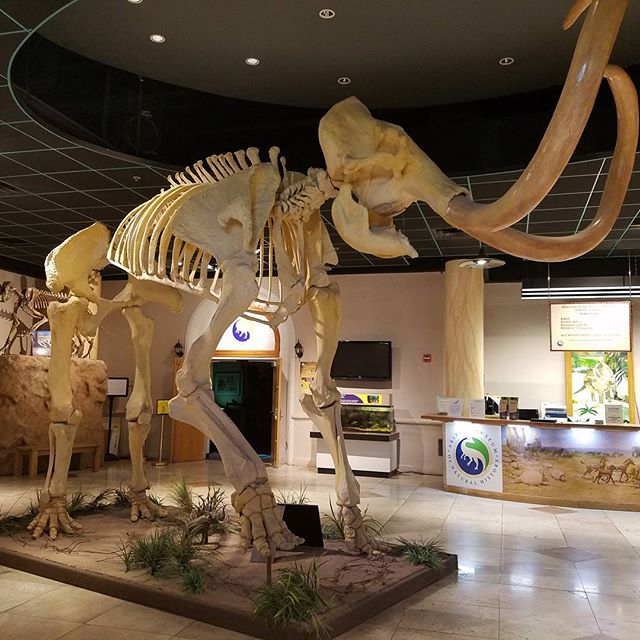 Columbian mammoth, Mammuthus columbi. Mammoths entered North America from Eurasia via the Beringia land bridge from Asia to North America between 1.6 and 1.3 million years ago. There are several species of mammoth, but all identified with certainty from Arizona are Columbian mammoths. Columbian mammoths stood up to 13 feet (4 meters) tall at the shoulder and weighed 9.8 tons (10,000 kilograms). They grew tusks up to 16 feet (4.9 meters), the longest in the elephant family! 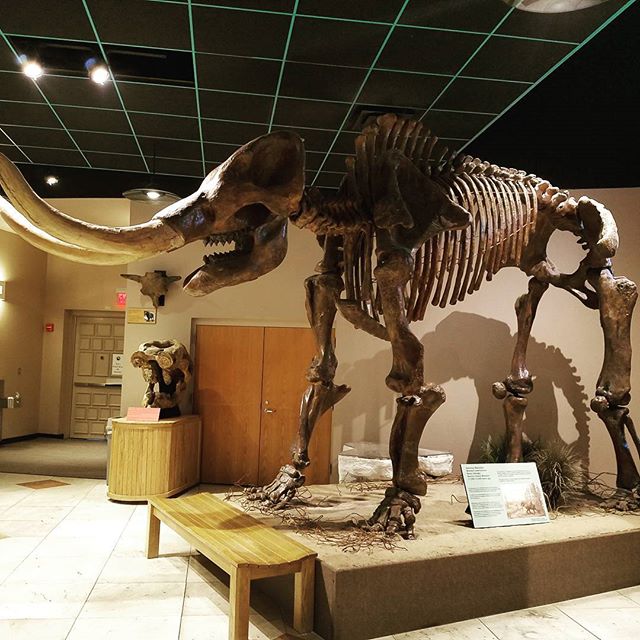 American mastodon, Mammut americanum, lived approximately from 3.75 million years ago until 10,000 years ago. This individual, the largest mastodon on display in the world, died between about 17,000 and 13,000 years ago. Mastodons were woodland animals with teeth more adapted to browsing branches than were the grinding teeth of the grass-grazing, more open country mammoths. Adult mastodons stood between 8 and 10 feet (2.5-3 meters) at the shoulder and weighed between 4 and 6 tons (3,500 â€“5,400 kilograms). 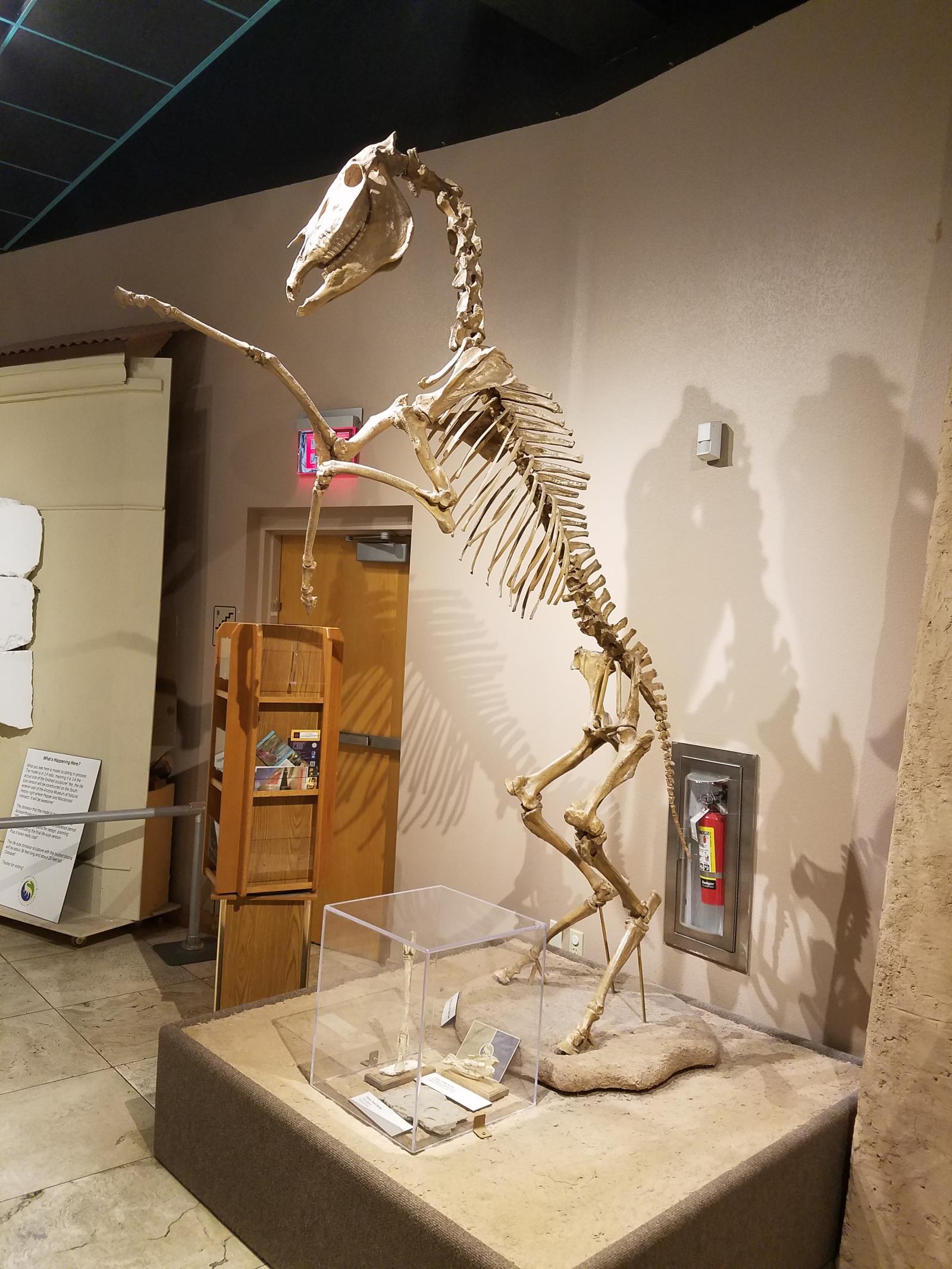 The one-toed Hagerman Horse and a limb, skull and tracks of the three-toed horse, Nannippus. Both horses occur at the AzMNH's 111 Ranch excavations. 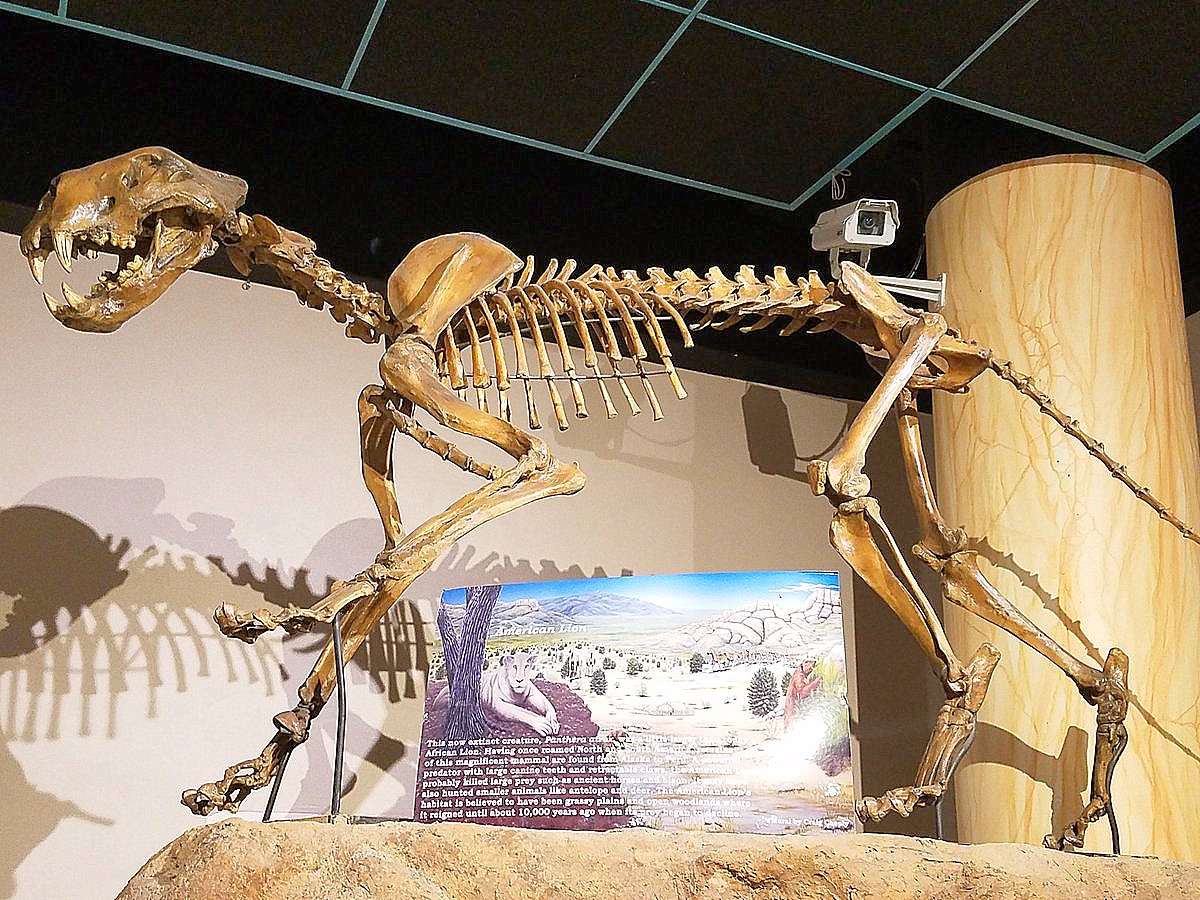 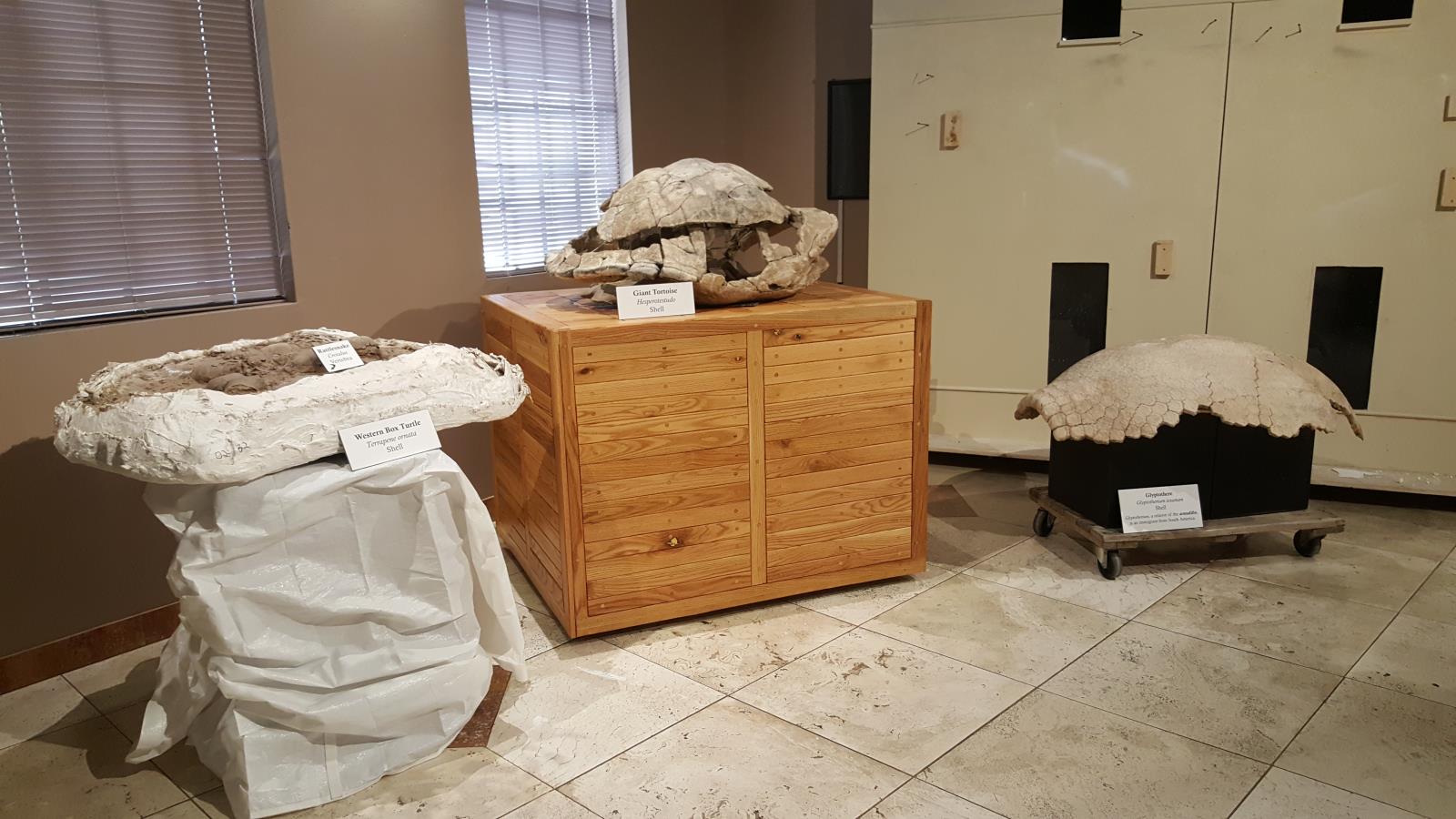 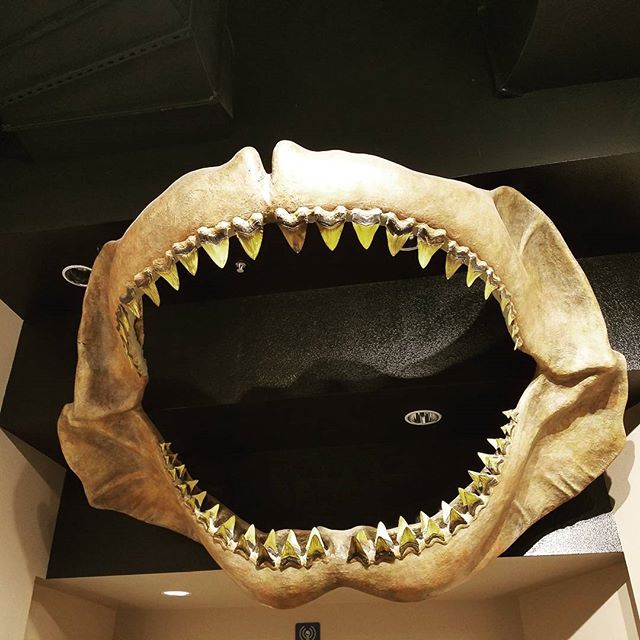 Walk under the 8-foot wide megalodon jaws, from Carcharodon megalodon, who lived 23-6 million years ago. This giant shark lived in oceans worldwide, was over 40 feet long and ate meat, preferably whales. Like most sharks, megalodon replaced a lost tooth with the one behind it. 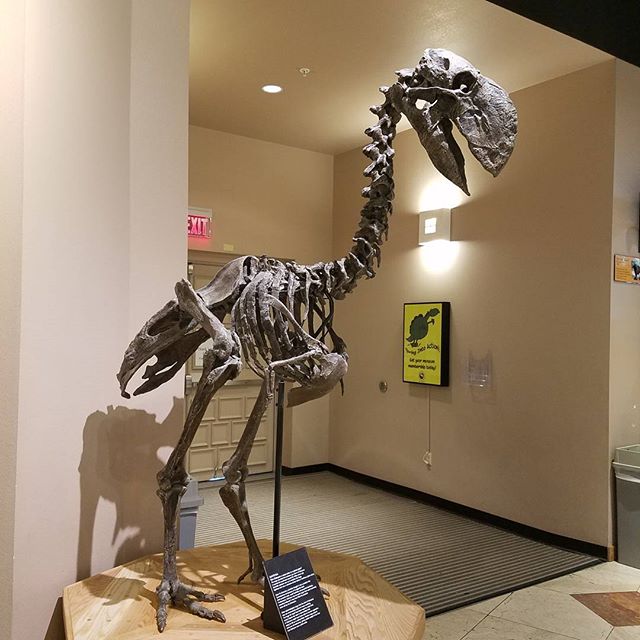 Diatryma lived 55 million years ago in the Cenozoic Era, after the extinction of dinosaurs at the end of the Cretaceous Period about 65 million years ago.  Scientists have debated whether Diatryma, who could not fly, was a carnivore (meat-eater) or herbivore (plant-eater).  Modern large flightless birds, like ostriches, are all herbivores, adding weight to the view that Diatryma was a plant-eater.